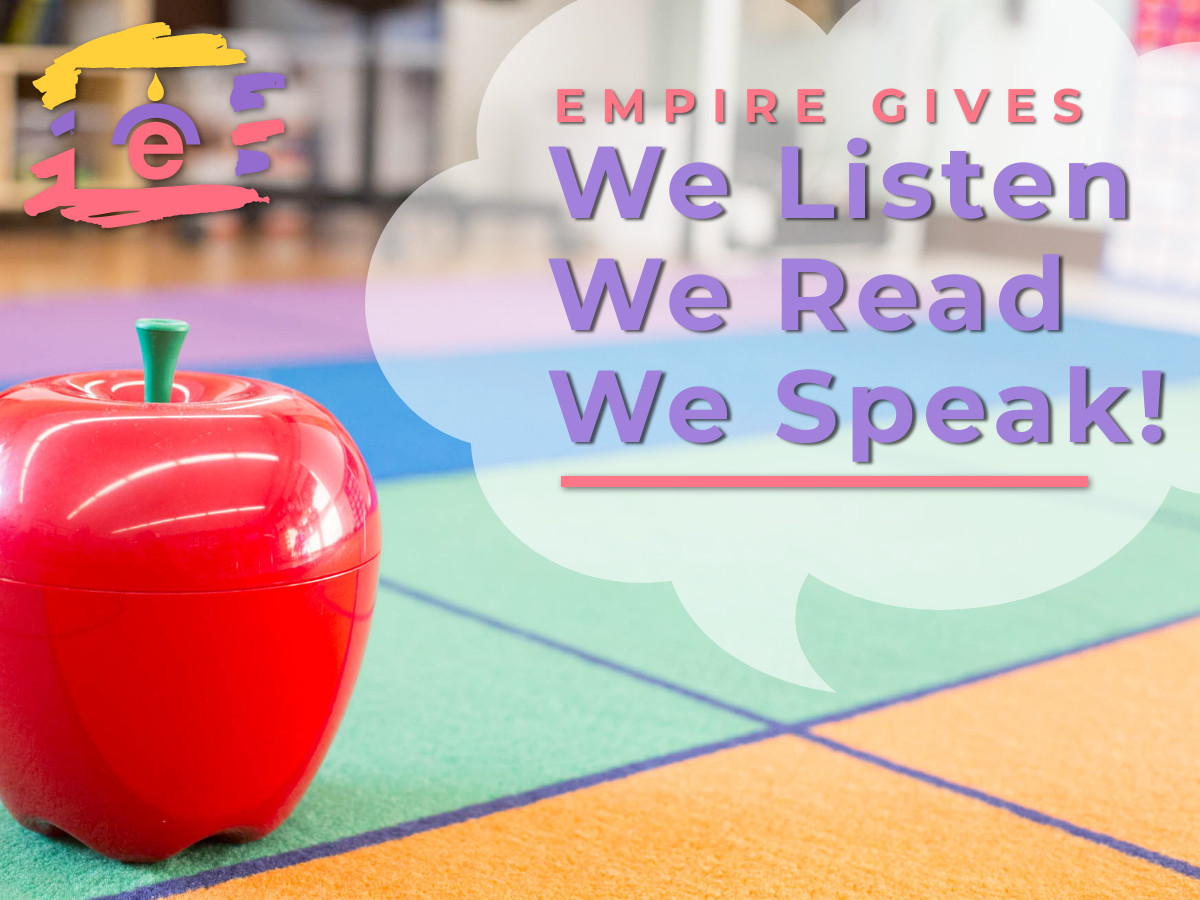 Project: Get audio books that students can utilize in their listening center to assist with language learning.

The first and second grade students in Mrs. Flora's class are always eager to learn. Everyday they greet her and ask, "Are you taking me today?" hoping that they will be chosen for the small group lesson of that day. Although they face many challenges both in and out of school, their desire to learn is inspiring. Most of the students come from immigrant families that do not speak English at home very often, so Mrs. Flora goes above and beyond to make sure her kids get the help that they need to develop their reading and writing skills. Working in small groups allows Mrs. Flora to give each student the attention and care they need in helping them become successful readers and writers. 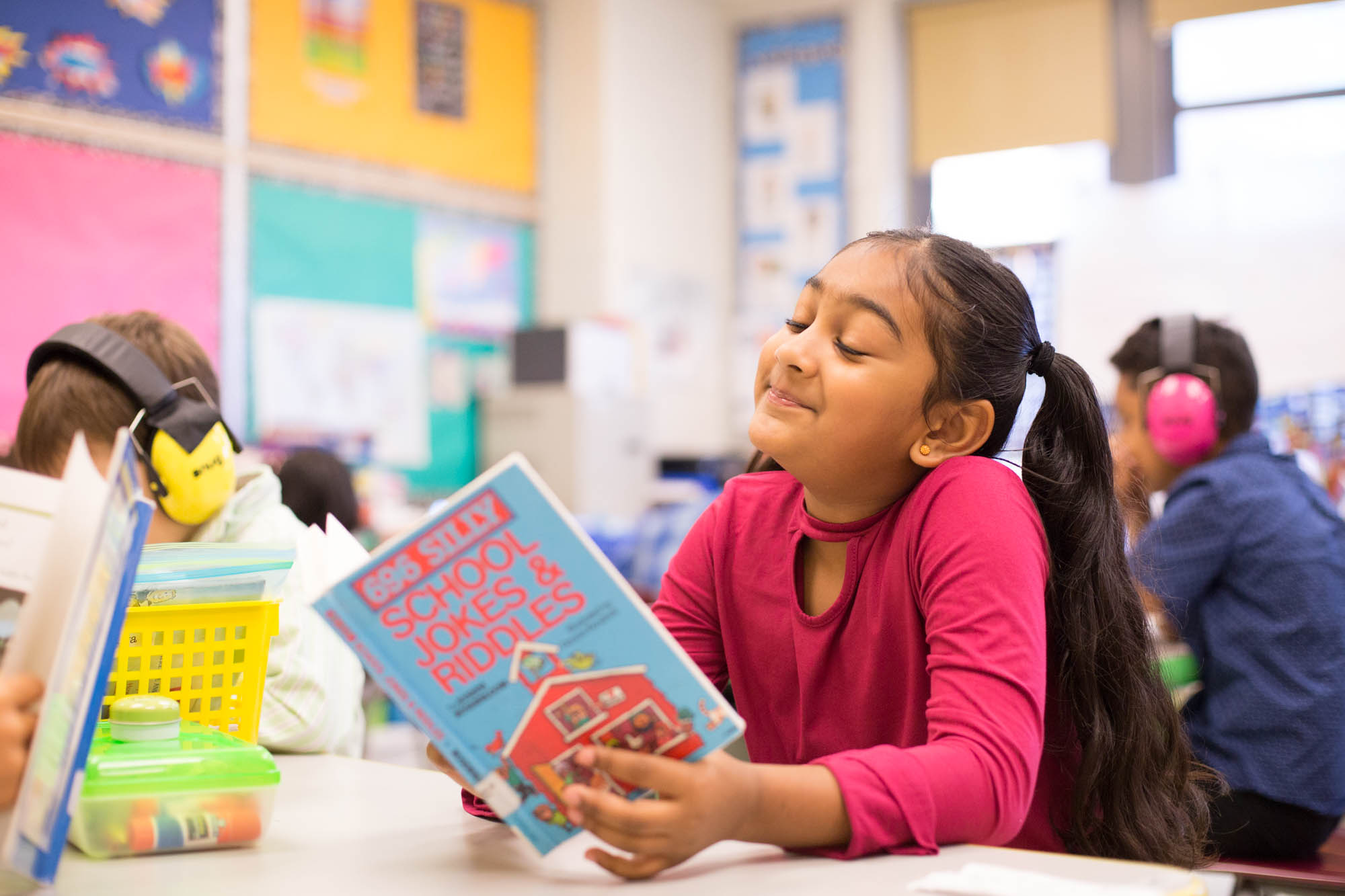 Mrs. Flora believes in using a mix of both visual and auditory learning to expose her students to the full spectrum of the English language. In their small group lessons, students are introduced to new grammar concepts. Reading books in a group setting helps students visualize and understand new words and their meanings. In order to help students integrate these words into their vocabulary, they must also be able to connect the auditory uses of these words to everyday contexts. This is why Mrs. Flora wanted to raise funds to purchase audio books and CDs for her students to use during their reading lessons.

After seeing the project on DonorsChoose.org and reading about the students, we decided to fully fund the project to provide her class with multiple audio book kits that come in a variety of different reading levels. Some titles included in these reading kits were Ask Mr. Bear, The Doorbell Rang, The Cat in the Hat, along with many others. We were happy to see pictures of the students having fun while reading and listening to their new books, and their thank you notes were very endearing. With Back to School week starting, many teachers are looking for a helping hand to acquire the resources they need to help their students. You can help support projects like Mrs. Flora's and others across the country over at DonorsChoose.org.

Thank you notes the students sent in to us after receiving their audio books.
Comments (0) details
The Top 5 Craziest Concept Cars Wednesday, July 31, 2019 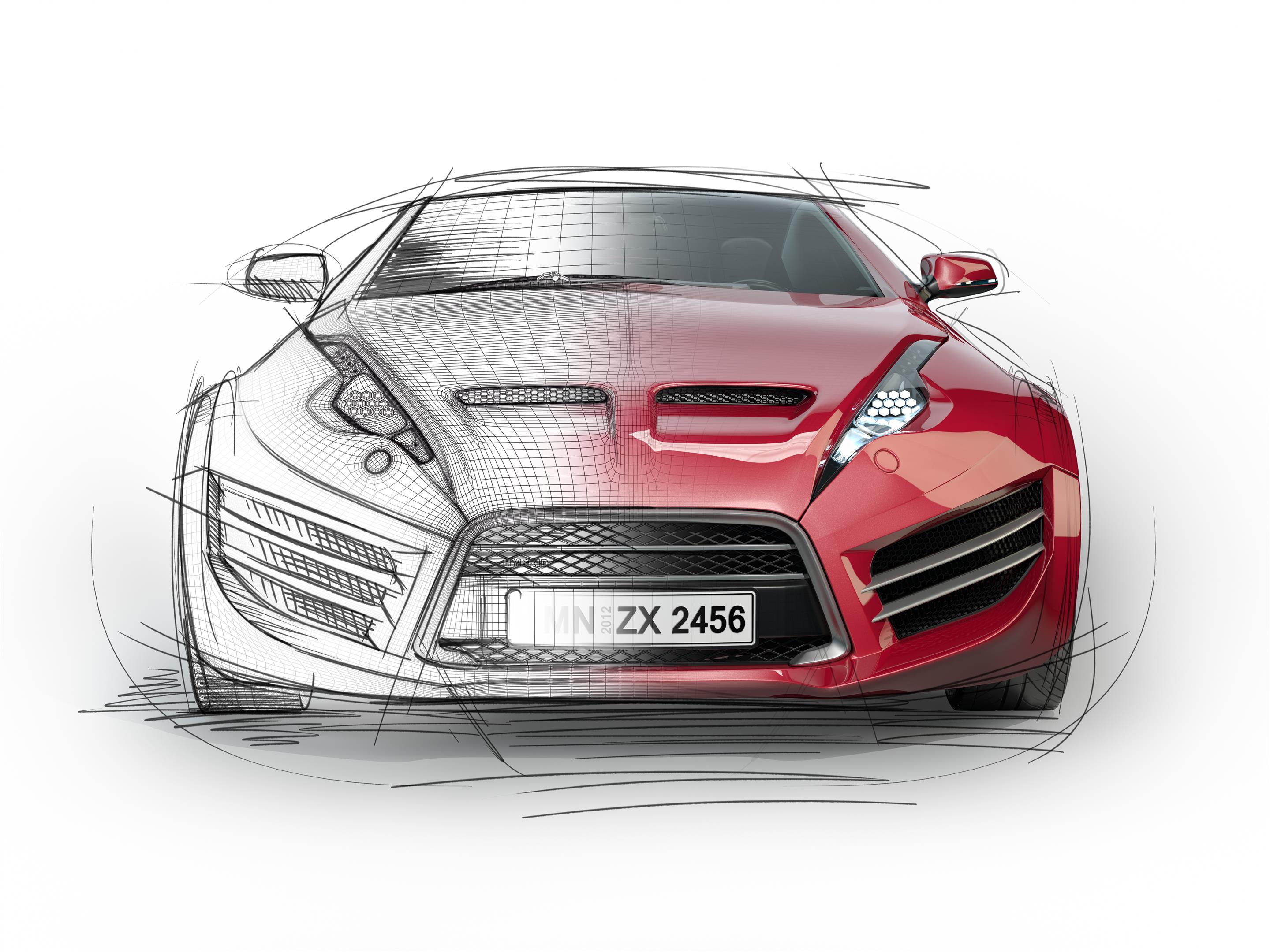 Concept vehicles have always been a part of the design process in the automotive industry. Some serve as inspiration for future models, while many never even make it to production. Check out our list of the five most interesting vehicles from Toyota, Mazda, Infiniti, and Honda that never made it past the concept phase. 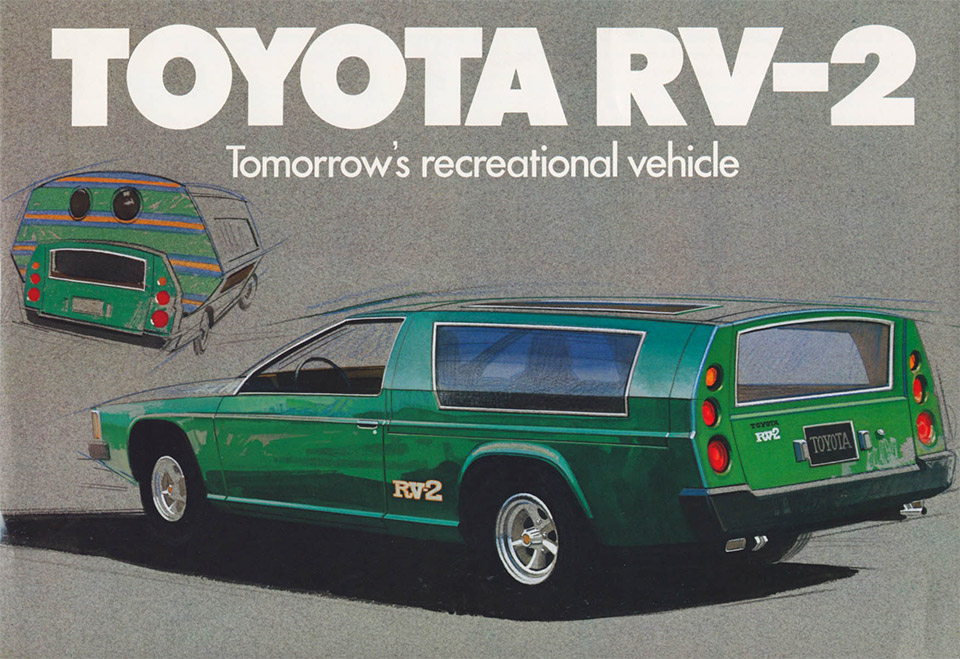 Revealed in 1972 at the Tokyo Motor Show, this car was targeted toward people who wanted a station wagon with the benefits of a camper, but without having to tow one around. The car had a sleek and modern design (modern for the 1970's that is) with a unique roof feature. The rear half of the car had two clam shell doors that acted as the roof and side panels when closed; when opened, you could stretch fabric between the two sides to create a tent. Toyota passed out brochure ads of the RV-2 all over the US to gauge interest. They even had an article written about it in Penthouse Magazine, which featured topless women camping in the car. After all their effort, they still were not able to generate enough demand from the American market to put the vehicle into production. 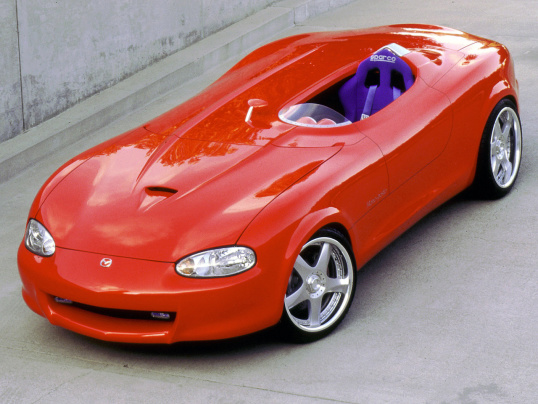 Mazda's Miata Mono-Posto scraps any non-essential features, like doors, windows, or even a passenger seat, to focus on performance.  The concept is based on the second-generation Miata and was introduces in 1998 as a 1999 model. The Mono-Posto, which translates to "one seat", is the car for any true roadster lover. The car features an air intake in the hood, one-piece valence front and rear fascias, a cowl-mounted rear-view mirror, a minimalist windshield, and an aluminum rollbar. The missing stereo is something you won't miss either when you hear the roar of the turbocharged inline-four 1.8-liter engine with 190 horsepower. However, Mazda never intended on creating a full production version of this vehicle, it was purely designed as a concept car to test out new ideas for future models. 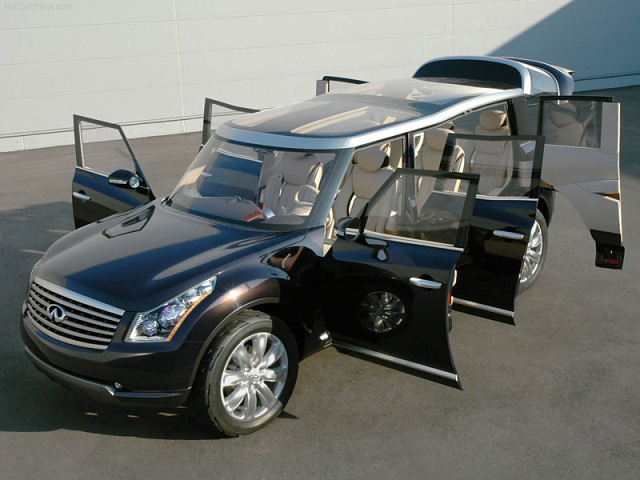 The Infiniti Kuraza takes an interesting approach to its design by focusing on comfort over utility. Designed by Nissan, this concept car was first unveiled in 2005 at the North American International Auto Show. The design director of the project, Kojii Nagano, stated that the focus of the project was hospitality rather than transportation. The main feature of the vehicle is a third set of doors that are rear-hinged, allowing easier access to the back row of seats. To make the interior even more spacious, the car only had six seats instead of the usual eight. The Kuraza was met with negative reception from the public and never entered production. Perhaps if Uber pools existed in 2005, then there might have been more interest in this spacious luxury SUV. 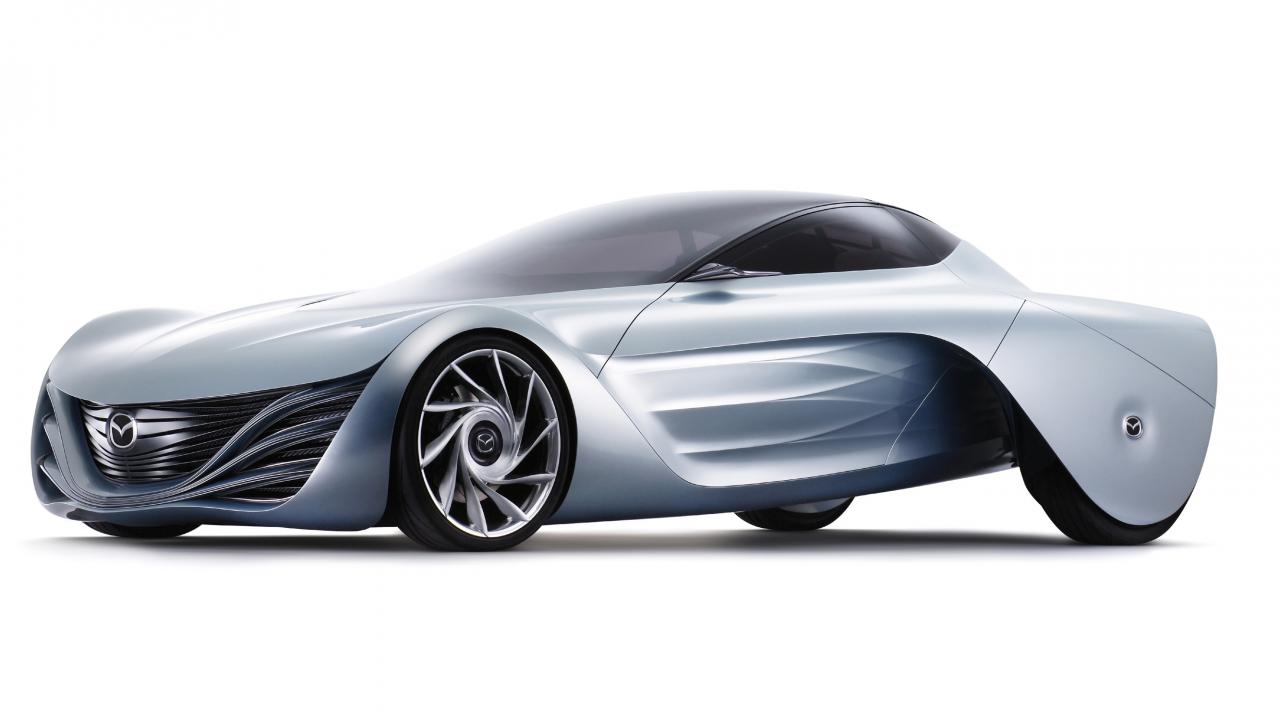 The next concept car on our list is another Mazda creation. The Mazda Taiki was introduced in 2007 as a potential direction for future generations of sustainable sports cars. The name, Taiki, means "atmosphere" in Japanese, which is appropriate for a car designed with air-flow in mind. The interior and exterior of the car were both designed to be visual representations of the flow of wind and were inspired by traditional Japanese windsocks and flowing robes. The wheels and tires were even designed with aerodynamics in mind, resulting in an impressive drag coefficient of 0.25. Other features include butterfly doors, rear-wheel drive, and a RENESIS rotary 16X engine, which is mated to a 7-speed, double-clutch gearbox. The Taiki was one out of four cars in the Mazda Nagare concept series and was never intended to be rolled out for full production.

The last car on our list is also the most unusual. First shown at the 1999 Tokyo Auto Show, this car was designed with the nightlife crowd in mind. The Fuya-Jo, which translates to "sleepless city", had a dashboard resembling a DJ mixing table and a steering wheel shaped like a turntable. The interior had lower, flattened floors and semi-standing seats to allow passengers to dance inside the vehicle as if it were a personal nightclub. As you can imagine, the car also featured an impressive sound-system truly making it a party-on-wheels. Honda created this concept vehicle to test which ideas the youth market may possibly want to see from the automotive industry. However, the target market of the car was too niche, and it did not appeal to the general public. Maybe the Fuya-Jo would have had more success as a prop vehicle in "Blade Runner".