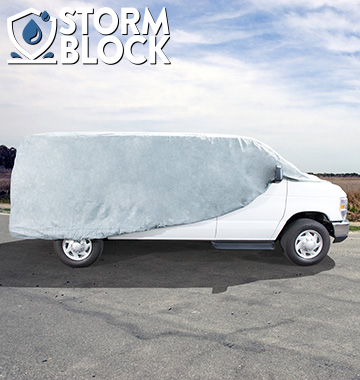 In 2012, Nissan was the sixth largest automaker in the world behind Toyota, General Motors, Volkswagen AG, Hyundai Motor Group, and Ford. Before the Japanese car giant became known as Nissan, it manufactured vehicles under the "Datsun" brand name. In 1912 the company produced it first car, called DAT.

Datsun became one of the most successful brand names in Japan, and later internationally. By the time Datsun entered the US market, most of their cars were manufactured by the Nissan company of Japan. Eventually the name "Datsun" was slowly phased out in favor of "Nissan," which first originated during the 1930s.

Known for its reliability, affordability and drivability the Nissan brand is still one of the largest in Japan and the United States. Some of their more enduringly popular models include the compact Sentra and the mid-size Maxima.

As reliable as Nissan cars are, you want to make sure to cover your Nissan to maximize the life of your car. Our wide selection of covers are available and ready to ship. Use our make, model, year selector to find the perfect cover for your Nissan, Jeep or Mazda.